Humpty Dumpty Had A Great Fall!

OK, here's the story!  A true story! LOL!  Yesterday I spent the whole day outside and did things that needed to be done for sooooo long! You've had those moments where you just can't stand it any longer and JUST HAVE TO DO SOMETHING about it!?!  I was so there.... I repaired rocking chairs, weed whacked flower beds, pulled down wasp nests, power washed the two porches, trimmed back the plants, and re-potted some spring plants that the summer heat had gotten to.

Last night, all the sudden the wind came up and the clouds darkened to black and we had a downright gully washer complete with thunder and lightening!  I ran around in the rain trying to put up all the tools.  That done, I came in and got cleaned up, put on my UT flip flops and decided I would go back out and proudly look at what I had accomplished.  The rain had stopped.  I did my inspection, turned back toward the house... My flip flop had other ideas and got stuck in the mud. Wouldn't cha know it!   Me going one way and my flip flop the other.  Don't ask...It just happened!  LOL!  Next, I knew I was going down, but still couldn't release my foot from the shoe.  That's when I heard the crack as I came down into the mud puddle!  That's what happened!  Too weird! Thank God Cesar was around and looking out the window...By the time we made it into the house we looked like two pigs that had a nice little mud bath in the pigsty!

I waited around a bit to see what would happen....Like my ankle would be miraculously healed once the mud had been removed...You never know right?

Here are some not so flattering pictures mostly of my backside!  LOL!....

First, there was a shot in the hiney!!  Why?  I have no idea! The nurse said to rub the spot where she gave me the shot or it would be sore for weeks...Is this really true?  LOL! 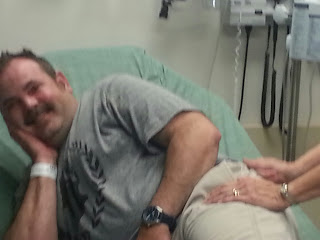 Then there was the X-ray!  Yep, a spiral break at the ankle!  So, a temporary splint was put on until I could get to the orthopedist for a real fiberglass cast...For 6 WEEKS!!!!! Good Lawd!  I already have claustrophobia with this VERY HEAVY contraption on!  OK!  I'm not going to complain!  It is what it is! 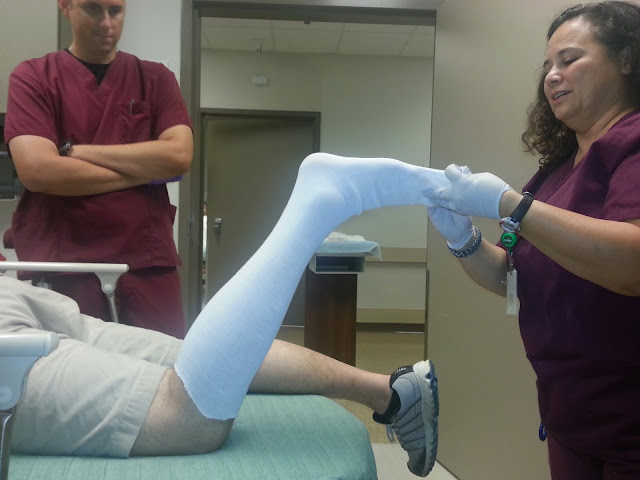 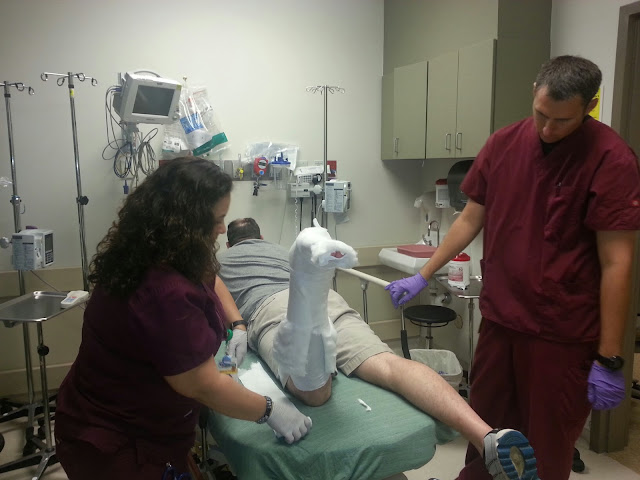 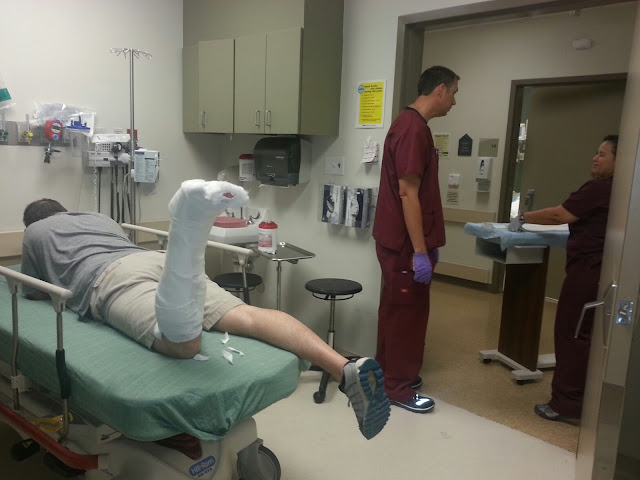 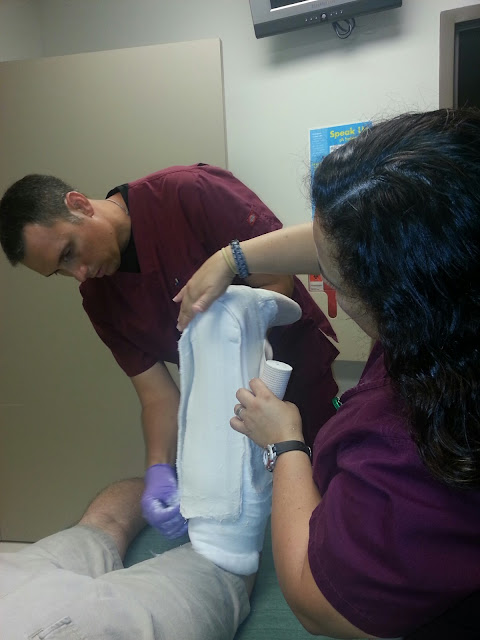 This is where she bent my foot into a natural angle!  I could have killed her and everyone around!  THAT HURT! 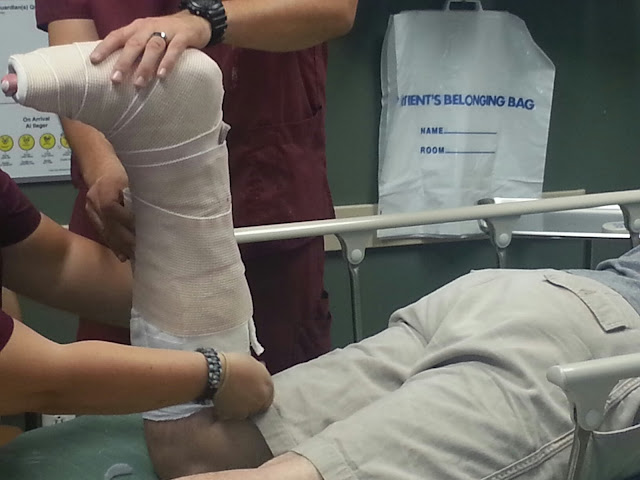 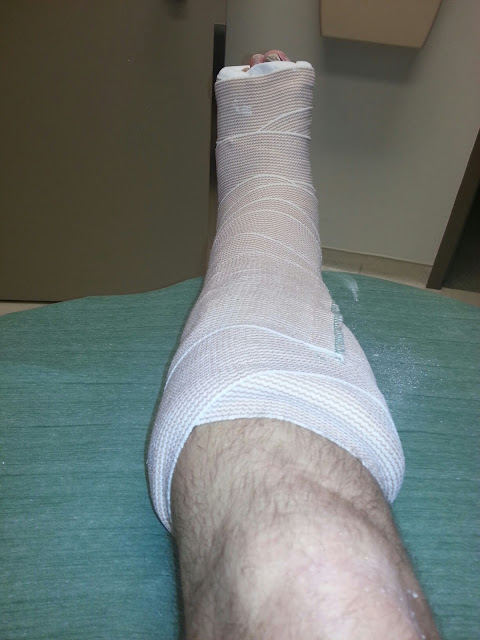 Now if you really want a show...you should see me trying to walk on crutches!  It's Hilarious!  'Bout near took out half the furniture in the house in one single blow!  I've been trying to figure those suckers out, actually, I'm trying to figure out a lot of things today....Like getting dressed, taking a shower, etc.  I've decided that the palms of my hands hurt so much from the crutches, that I would  grab the office chair on wheels.  Been having fun gliding through the hallways!
Well, that's the story....
THANK YOU FOR ALL YOUR WELL WISHES ON FACEBOOK!  So very kind of you all!!
Have a Sensational Saturday!
Jim
The Gentleman Crafter
Pin It
Posted by The Gentleman Crafter at 1:18 PM