Well...VIVA LAS VEGAS BABY!  This place is PACKED full of people! All kinds of people from far and wide.  Did I say packed? Did I say far and wide like...WOW...  Tons of countries!  Italians, Mexican, Germans, Asians and of course Americans!  We just went down to see the Bellagio Fountain at night!  Totally cool and actually breathtaking....BUT....hoards, loads, masses, tons and boatloads of people did too!!  Of course I got behind the lady with the baby carriage. Now, I've been to New York and even to Times Square at night, but this totally pales in comparison.  Trying to be a Gentleman with manners will only get you run down!  LOL!  But I'm trying!

Ok, Rewind for a mo.....Starting from the beginning...The plane!  By now you heard about the stupid plane.  If not, I will make it easy for you!  Electronic Fuel Assemblage evidently died on the plane as we were to take of...That's all I'm going to say about that!

Once here, the fun began...We are at the Bellagio on recommendation from friends.  I must say it is very nice and the rooms are gorgeous....The bathroom amazing!  They even have a scale to weigh yourself so that you know how many pounds you gained from the Buffet!  I left my scale at home just for this very reason!  I don't want to know until I get home again! 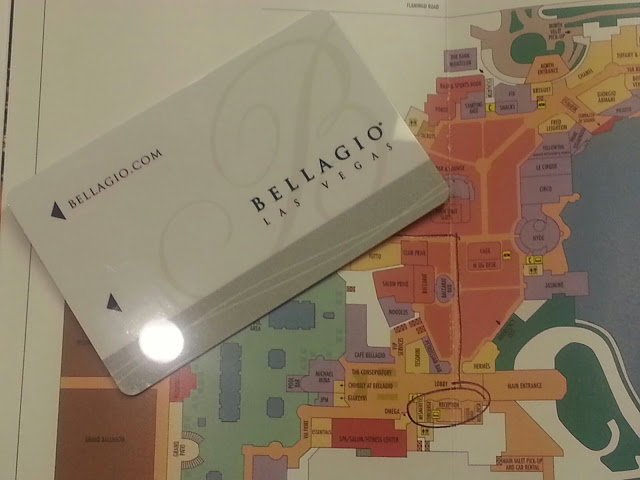 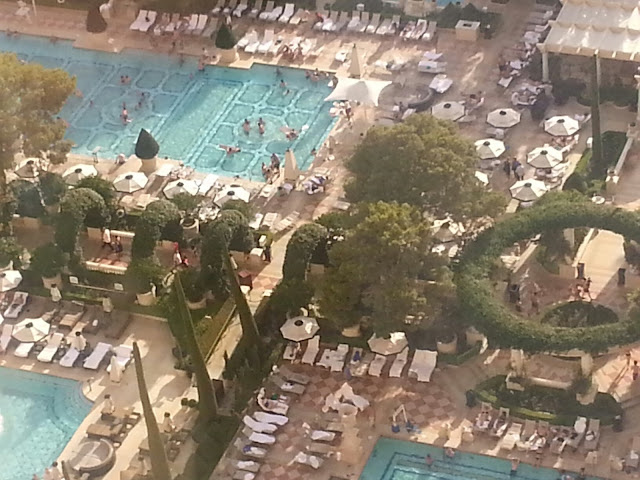 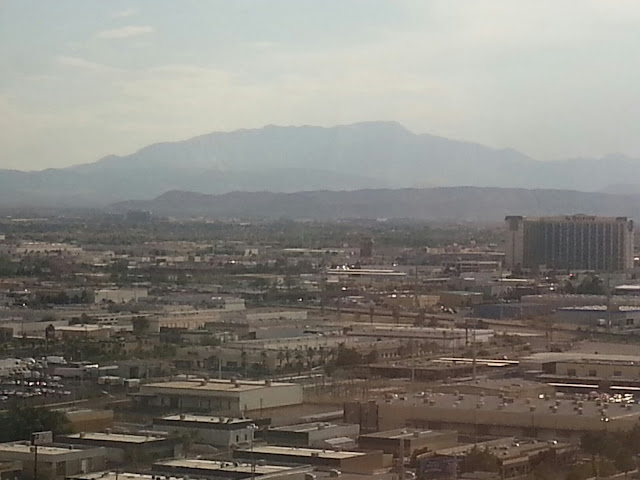 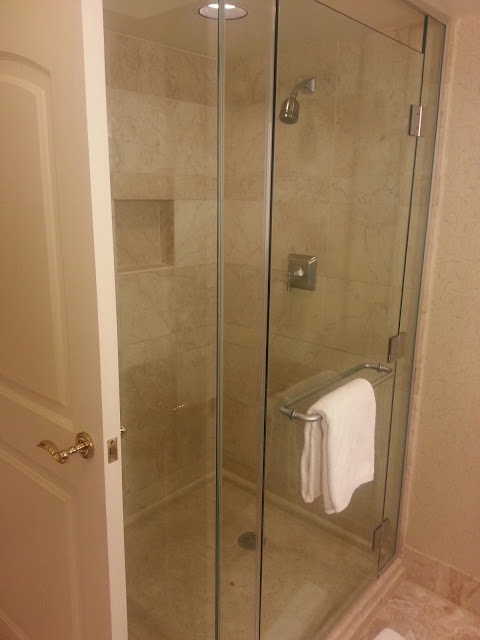 The afternoon and evening came by exploring, napping and dinner.

Day 2- Today was totally amazing!  A Huge and Gorgeous breakfast in the room from a 100.00 credit that Cesar snagged for us!  After breakfast, we headed over to Caesar's Palace to look around!  On the way there of course we had to stop and see the fountain doing it's totally awesome water dance! 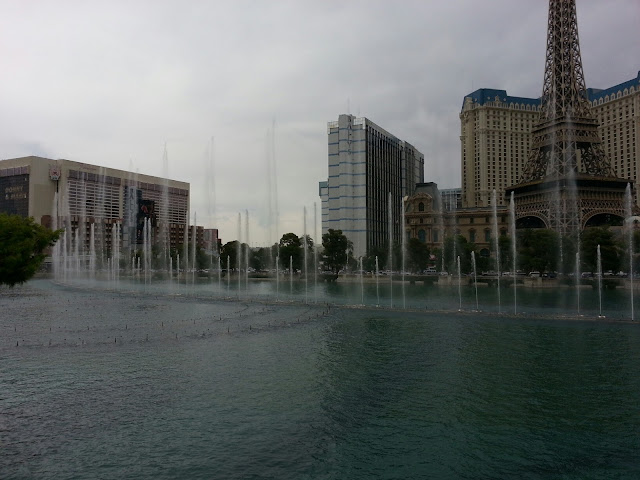 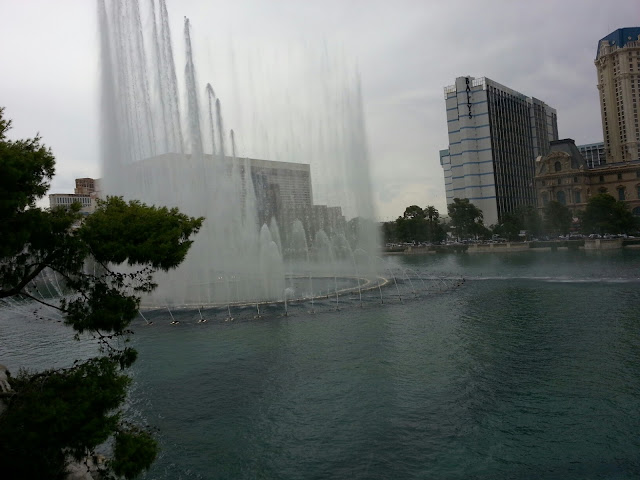 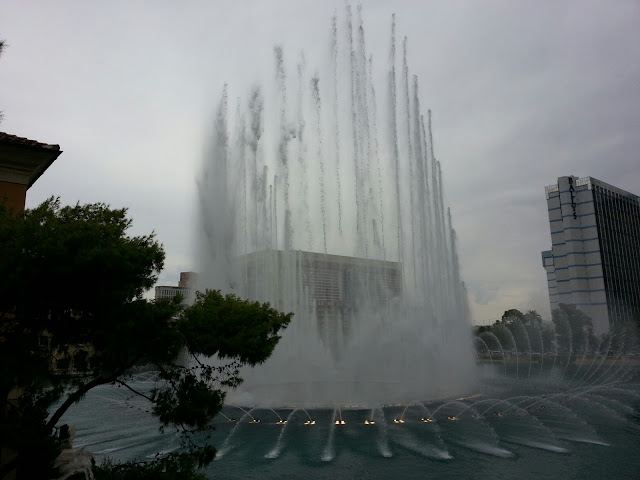 Then onward to Caesar's Palace... 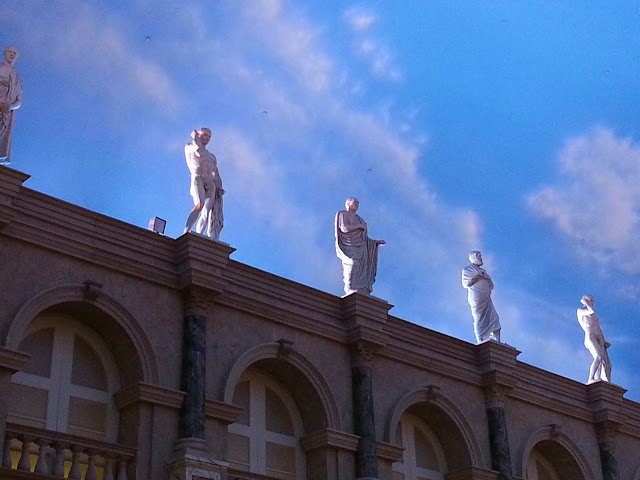 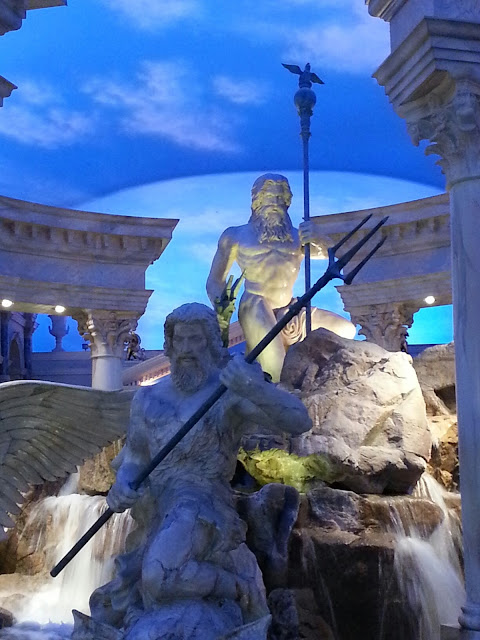 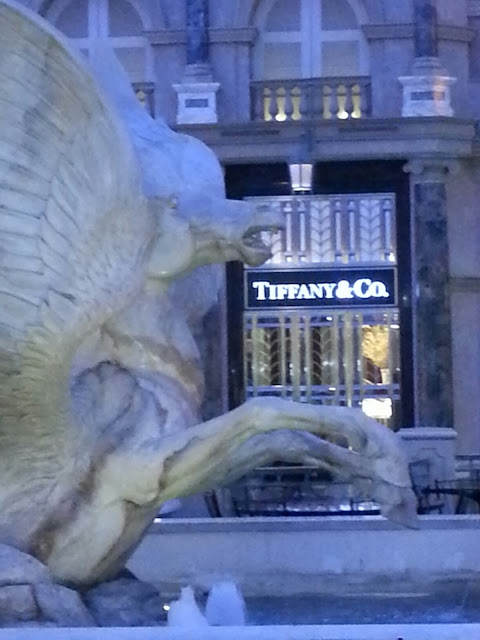 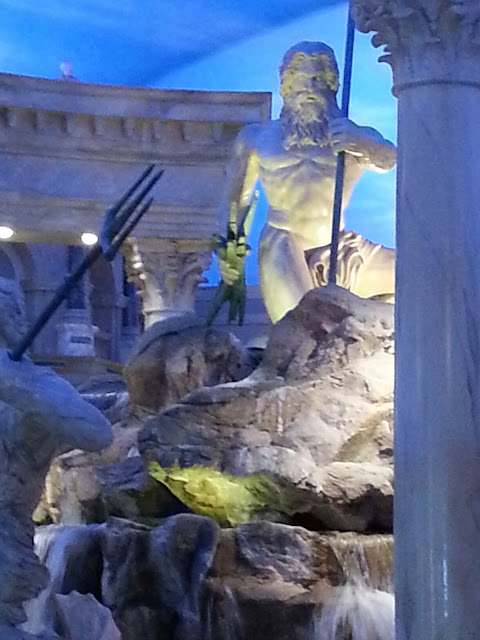 After Caesar's it was in a taxi over to the LVH Convention Center to drop off a project I did for Graphic 45.  While in the lobby, I saw Dyan, gave her a mahoosive hug and saw her amazing new tat!  I found G45's booth and then found Charee, Aimee and Diane and gave them all a huge hug and dropped off my project.  It was so good to see them.  They were setting up and I wanted to get out of their way so I ran over to Ranger to say hi real quick and we were off back in a Taxi over to Paris....

We ate an amazing lunch in Paris and walked around for a second.  Cess and I played the penny slots until Cesar won 50 dollars and I lost my 20....Yeah High Rollers!  Bahahahaha!

Then it was back to the hotel to sit down for a bit...That lasted about 2 minutes before we decided to go scout out the Walgreens and then over to Planet Hollywood where we ate dinner....Overall a very nice day!

Tomorrow a class with Dyan at LVH and then  meeting up with some friends.....