Hope you all had a wonderful MLK Day whether you worked, volunteered, served or rested.  It was a beautiful day here in Dallas.  A bit cooler today, but nice and sunny.

There were more cool things to be found today...But first I wanted to share my own personal pick for market...it's actually a textile... I see a trend in BURLAP!  Burlap everywhere!  Drapery panels, pillows, tablecloths, ribbons, accents, table runners, ornaments, chair coverings and accessories...it's tucked in everywhere and and tons of showrooms!  When I had my store, back in the day, I used to LOVE to use burlap on everything... because it was so cheap.  It's cool to see it used so much again...EVERYWHERE!  I love the look of washed burlap....guess I'm heading to the fabric store for burlap when I get home.  I have an abundance of ideas!  Just sayin'...Think burlap, natural or dyed.

OK, Today I was a bit...well, let's call a spade a spade...not a big picture taker!  I completely didn't remember to take many photos!  LOL!  I did capture a couple and wanted to share what I had. 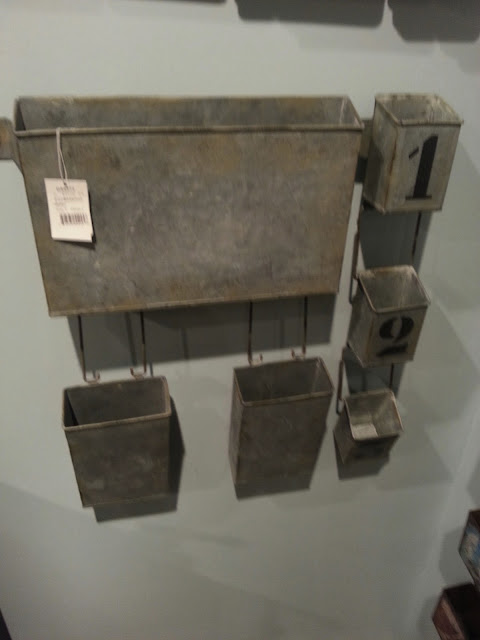 This would be awesome made from chipboard.  Cool Organizer!  Me thinks I need to try it! 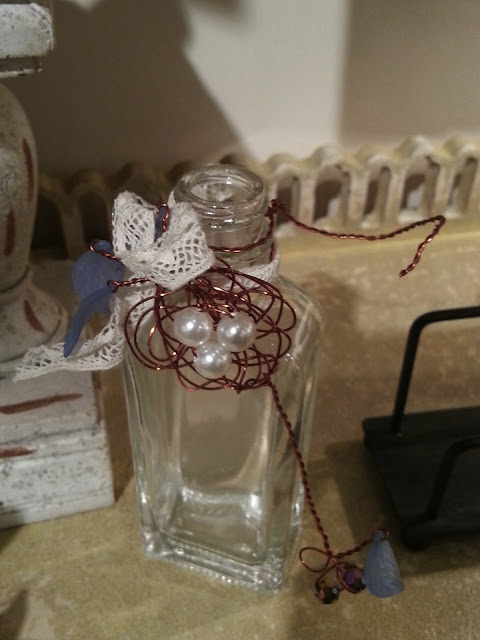 Simple idea to upcycle a bottle for a vase. 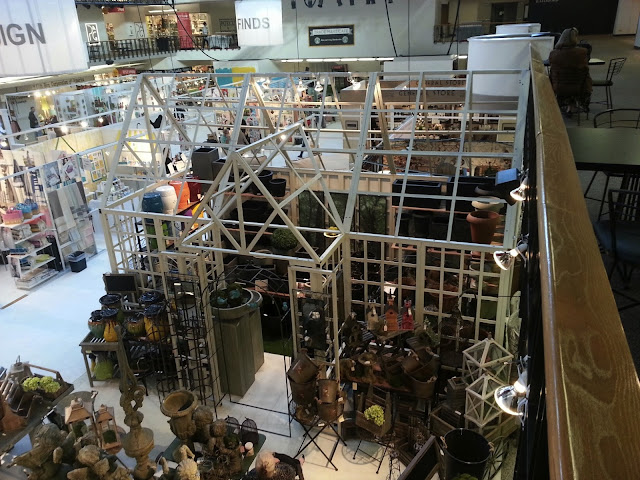 This picture is for me!  LOL!  I would love to build one of these!  Awesome to see the structural bones.
I love how the company chose a greenhouse to show off their garden merchandise in a rather sterile and contemporary interior hall. 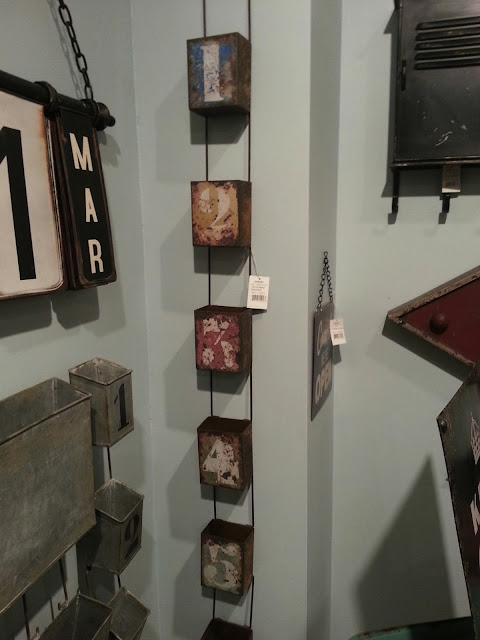 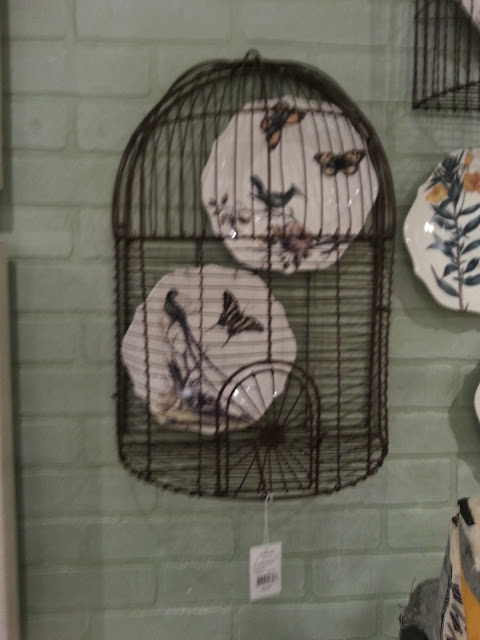 Clever of the showroom designers to put the bird plates in the birdcages.  Sorry for the blurry picture. 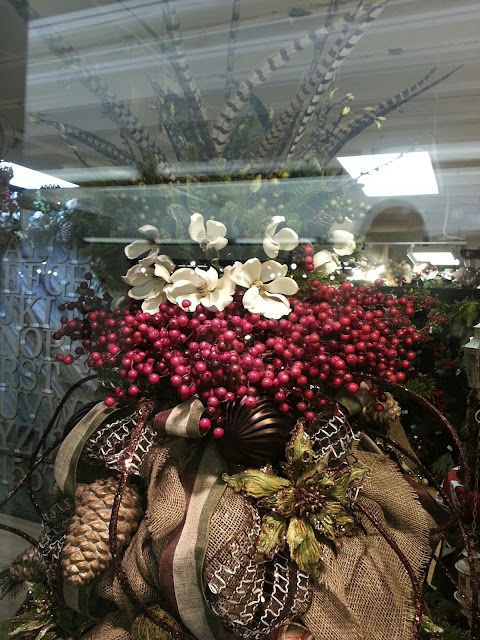 Christmas idea...take a red berry wreath and place it on the top of the tree to help build op the topper... 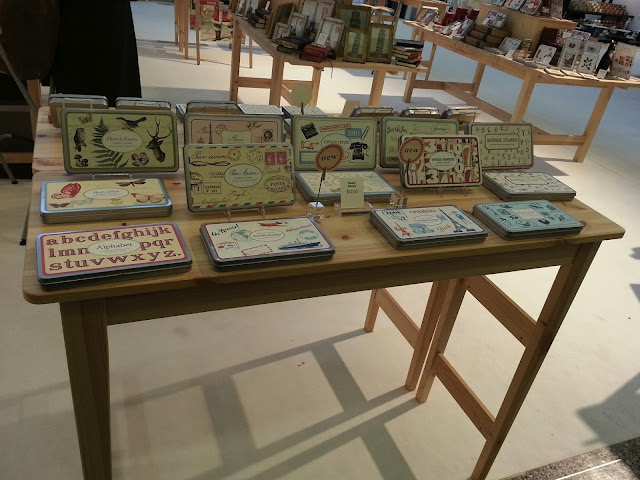 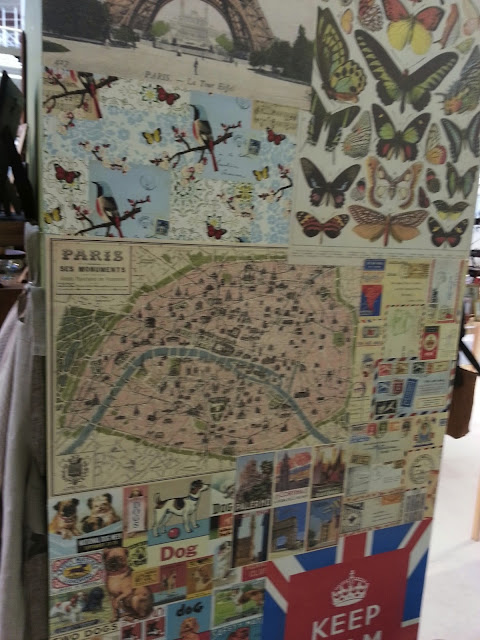 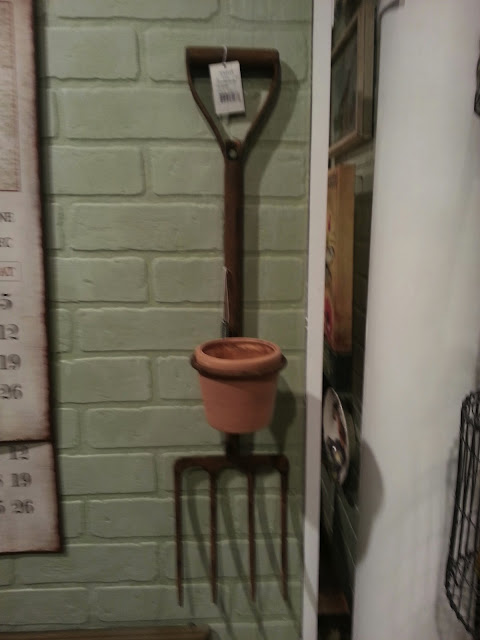 Cute idea for my pitchfork at home... 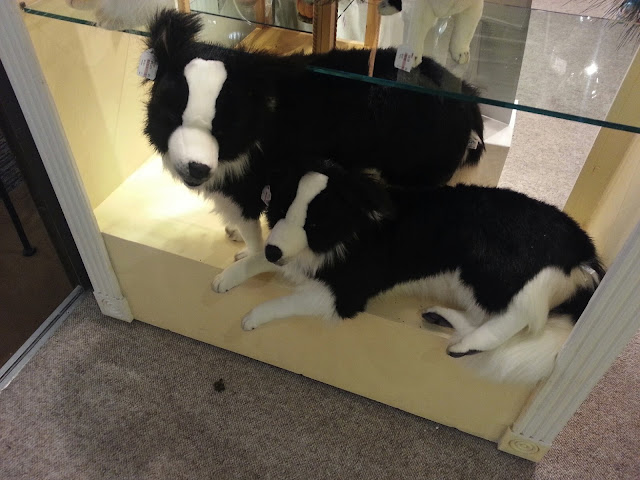 For my friend Fiona in the UK....She just received two of these "real" Border Collies (Joey and Lucky) from her husband for Christmas. 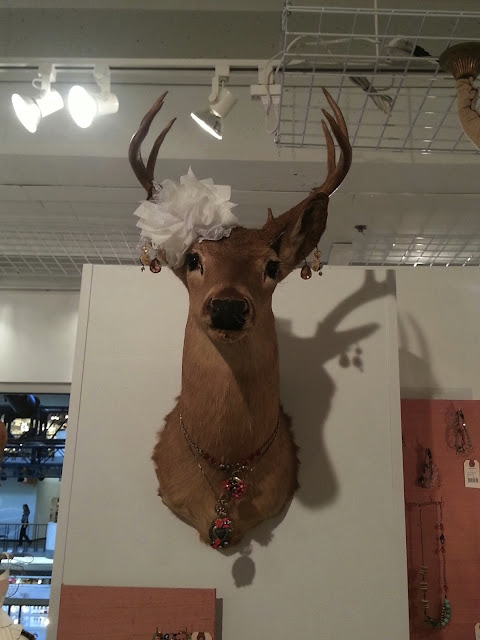 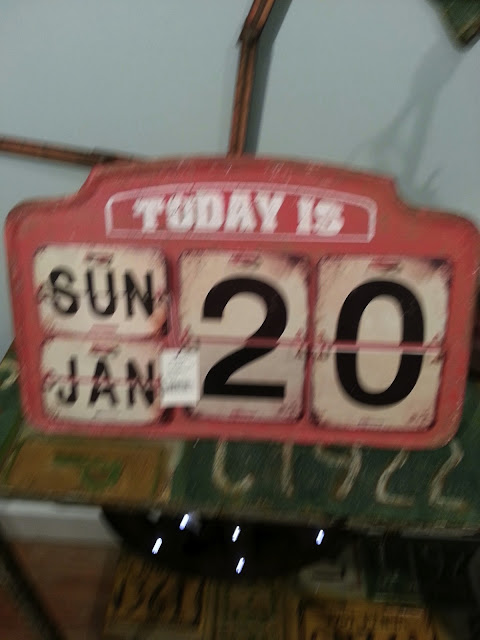 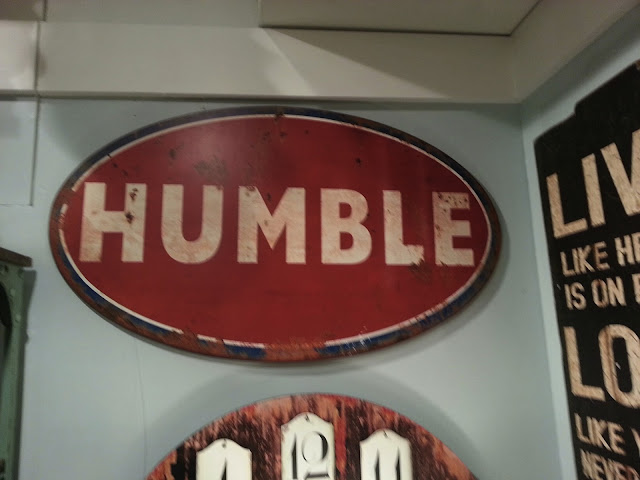 Had to take a picture of this sign as it brought back memories of both my grandfathers.  A little Texas oil history for ya....One of my grandfathers worked for Gulf Oil Company.  My other grandfather worked for Tidewater Oil Comanpany.  It is my understanding that many of the folks that came out to East Texas during the oil boom in the 20's and 30's worked for one of the many oil companies like Humble Oil (which believe it or not  became the largest dometic producer of crude oil during the war), Humble became Esso and Enco now Exxon, Gulf Oil now Chevron,  Continental Oil Corp (Conoco), Texas Comapany (Texaco), Magnolia Petroleum Company (Mobile), or Tidewater Oil. 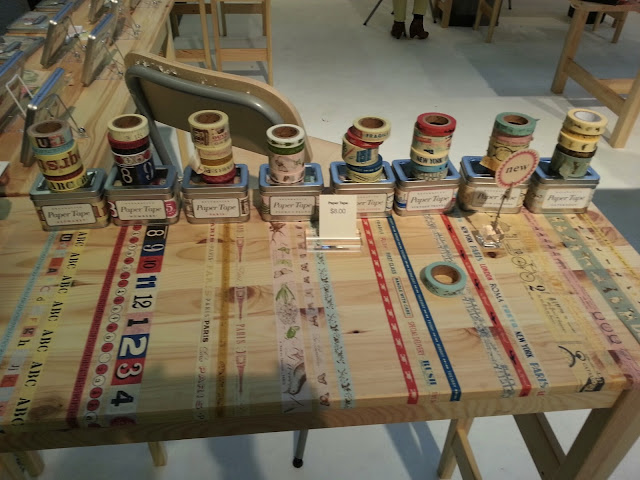 WASHI TAPE!  I know...Only I can go from Texas Oil History to Washi Tape!  Bahahaha! 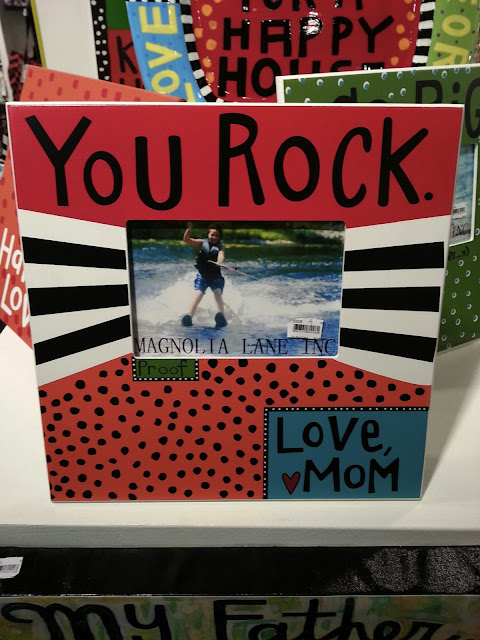 Well, my friends...one more day and I'm back home!  Yahooooo!  Can't wait to design and work on some new projects.  I just know my studio missed me as much as I missed it!  I also know it's been awhile since I did a crafty post.  Hopefully you've been able to find some inspiration or something that may have sparked and idea from my blog posts while I've been away from home.....Thank you all for following along with me while in Dallas as well as LA!

Have an Awesome Evening!


Pin It
Posted by The Gentleman Crafter at 11:01 PM